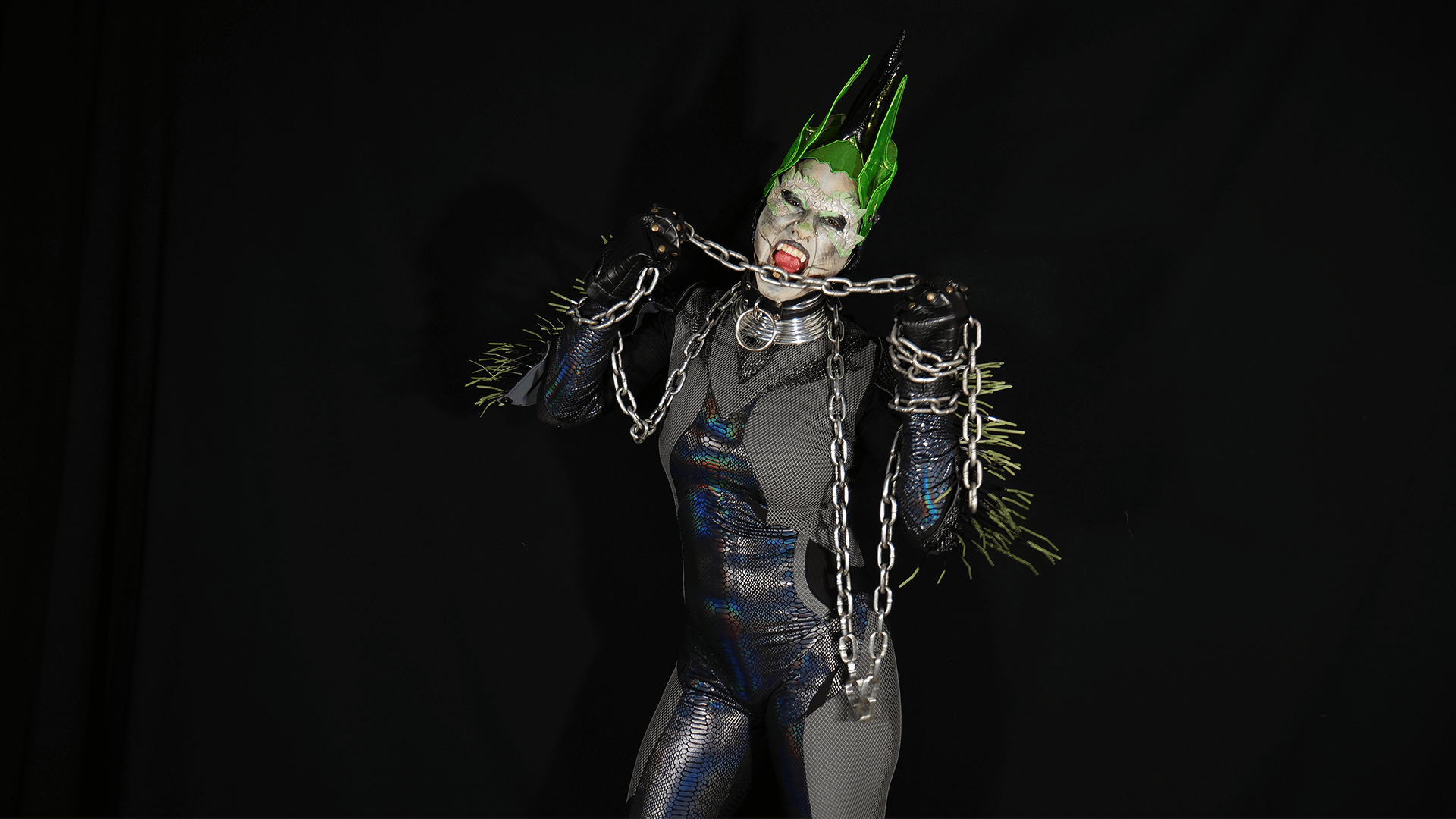 Founder and Owner of Skyhigh Odditorium, Drago moved out to California in 2009 in search for a creative home. They found that in order in make their dreams come true, they would have to build them. Hence, the birth of SkyHigh Odditorium.

A seasoned and international performer for over a decade, Drago exhibits the elegant dragon trait of flying, sharing their love of dark artistry and masochism by blending the art of drag with aerial chains acrobatics. A passionistx of the art of pain, Drago’s art features suspensions of flesh, rope & mouth. Featuring the seductive trait of fire breathing, Drago additionally eats and performs magical feats with flames bigger than their head.

Inspired by all things dangerous, elegant, and horrific, Drago Nesa draws inspiration for their performance characters from horror movies, risque ritual masochistic performance artists, and the underlords of the alternative drag scene.

Drago’s drag performances range from musical theater reenactments using aerial chains, to original song performances while they set themselves on fire, to ritual suspensions, and many more. Due to their mixed draconian species background, their gender orientation and physical appearance is fluid, demonstrating different features during moon cycles.

Producer of dark ambient & experimental noise music, Drago shares some of their original sound & video art through their previous alias, “Madamn Burnz.” When not on stage or in the wild sharing their art, Drago runs a queer aerial arts & acrobatics school and entertainment company, Skyhigh Odditorium, where they coach over 40 students a week of all ages how to become their own style of dragon.

View their full profile at their personal artist website www.Dragonesa.com